Go to App Store
Background
Client: University of Alberta Students' Union (UASU)
Role: UI/UX Designer, Visual Designer
UASU Perks is an app where students can answer surveys/quizzes, attend events, and be rewarded with free stuff. The gamification of student engagement makes it a fun experience and brings awareness about what various services are offered by the Students’ Union. Moreover, it allows the UASU to interact and listen to students so that they can better advocate for them.
Originally, the gamification concept was developed by a group of University of Alberta students: Andy Li, Kean Weng Yap, Chase Buhler, Marissa Snihur, Ivan Tse, and James Jewitt for their CMPUT 401 class project. The Students’ Union then helped launched it as a beta web app and then later released it as a mobile app for iOS and Android.
Deliverables:
• Visual identity system
• Digital graphics for Instagram, Facebook, SUTV, UASU website
• Mobile wireframes and mockups
Goals
• Develop brand recognition by introducing a new visual identity
• Improve usability of completing tasks and redeeming prizes
• Increase app downloads by using digital and printed promotional materials
Design Question
How might we create a sense of community and encourage student engagement among University of Alberta students through the Perks app?
Process 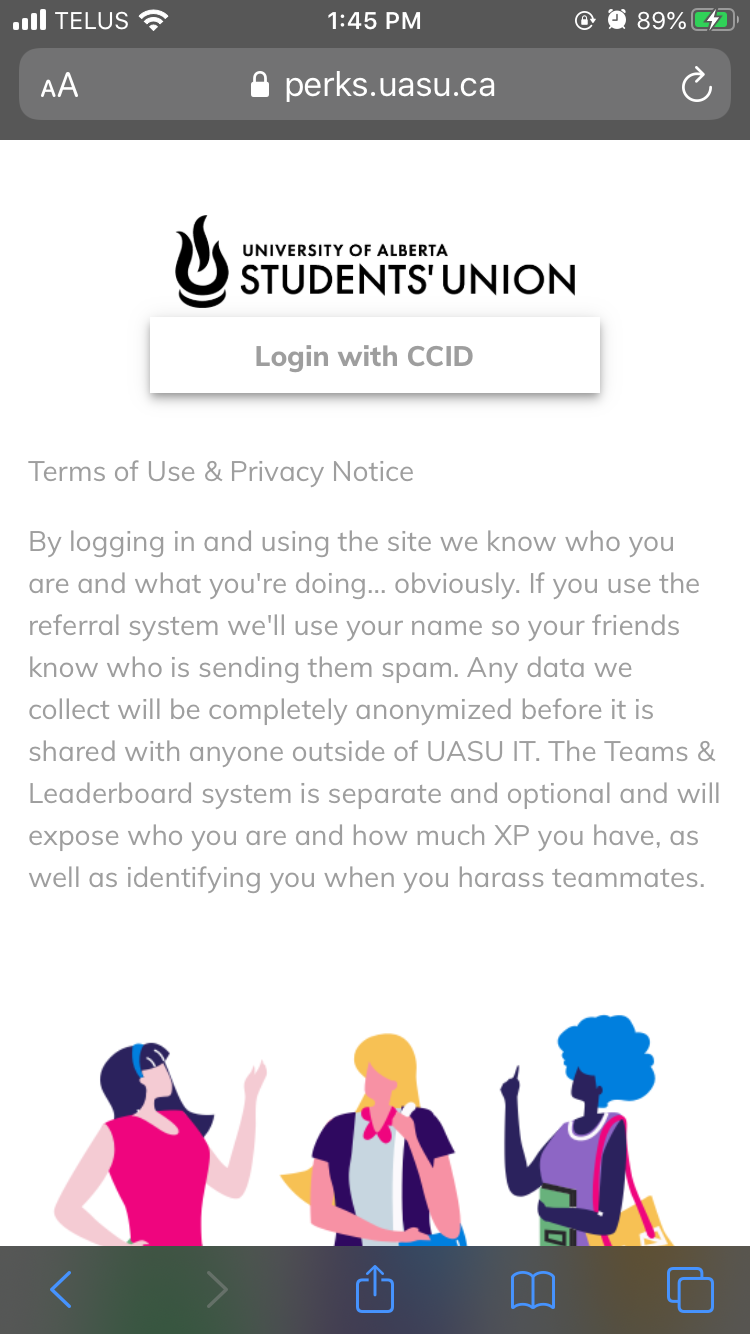 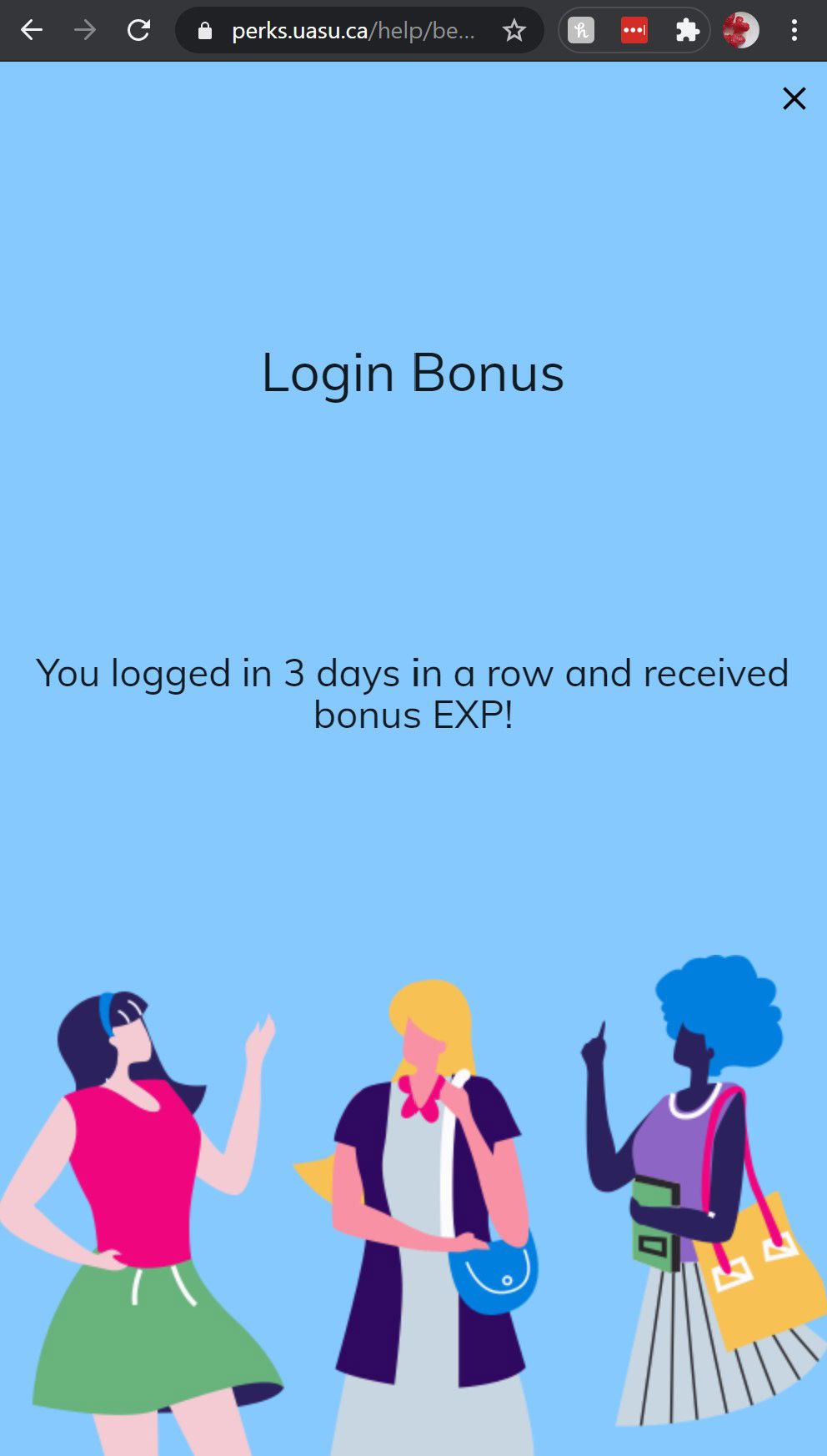 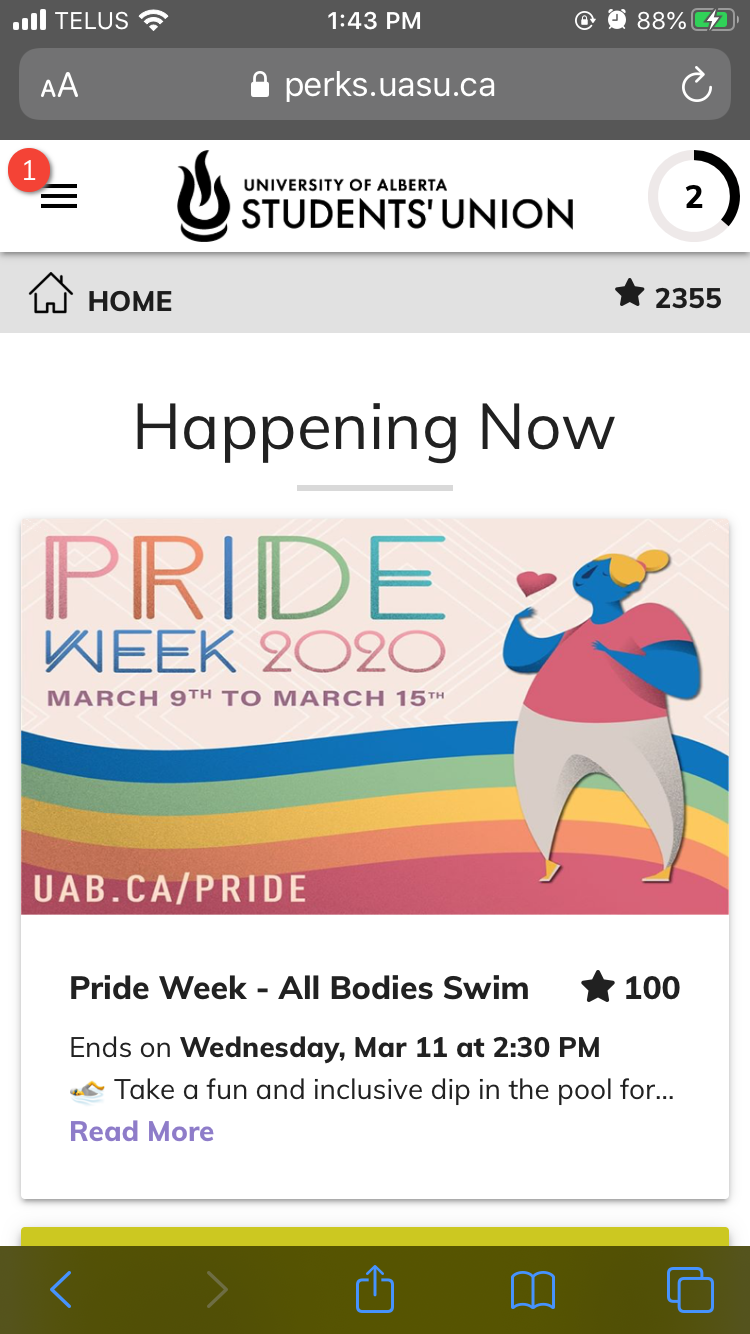 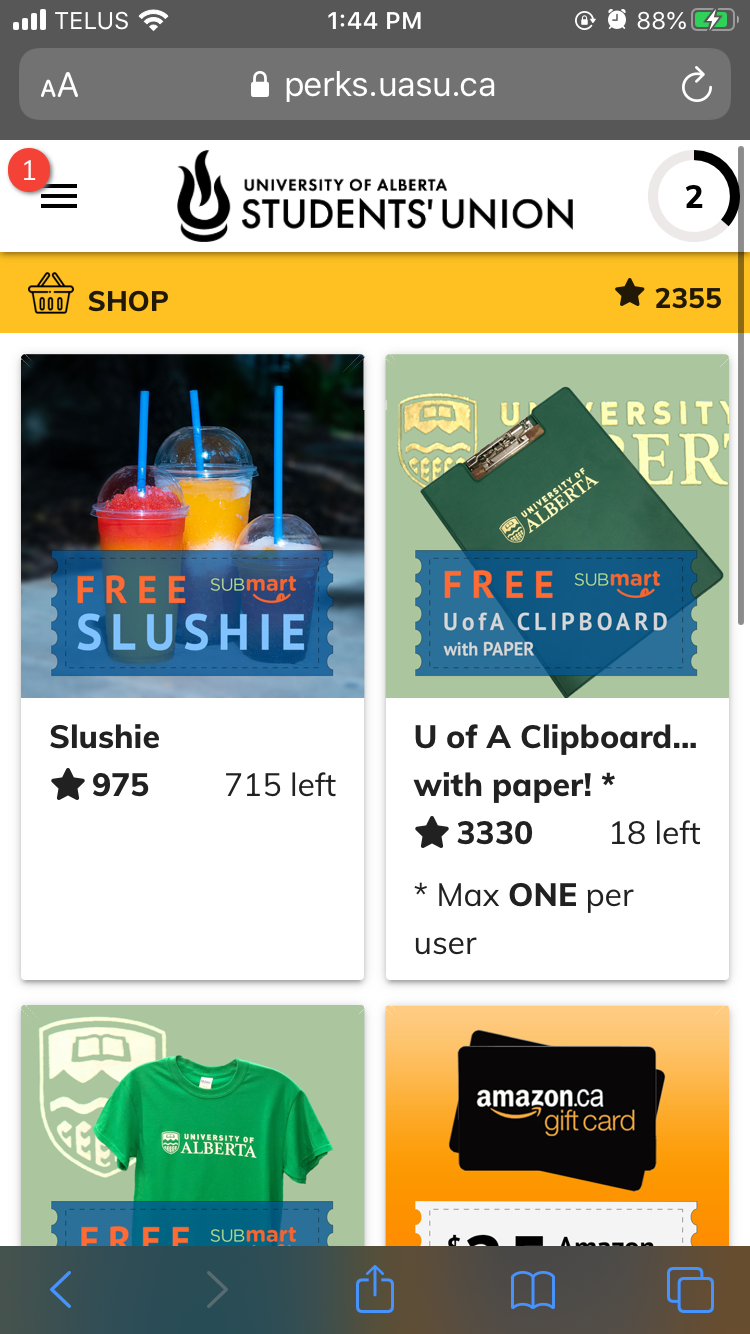 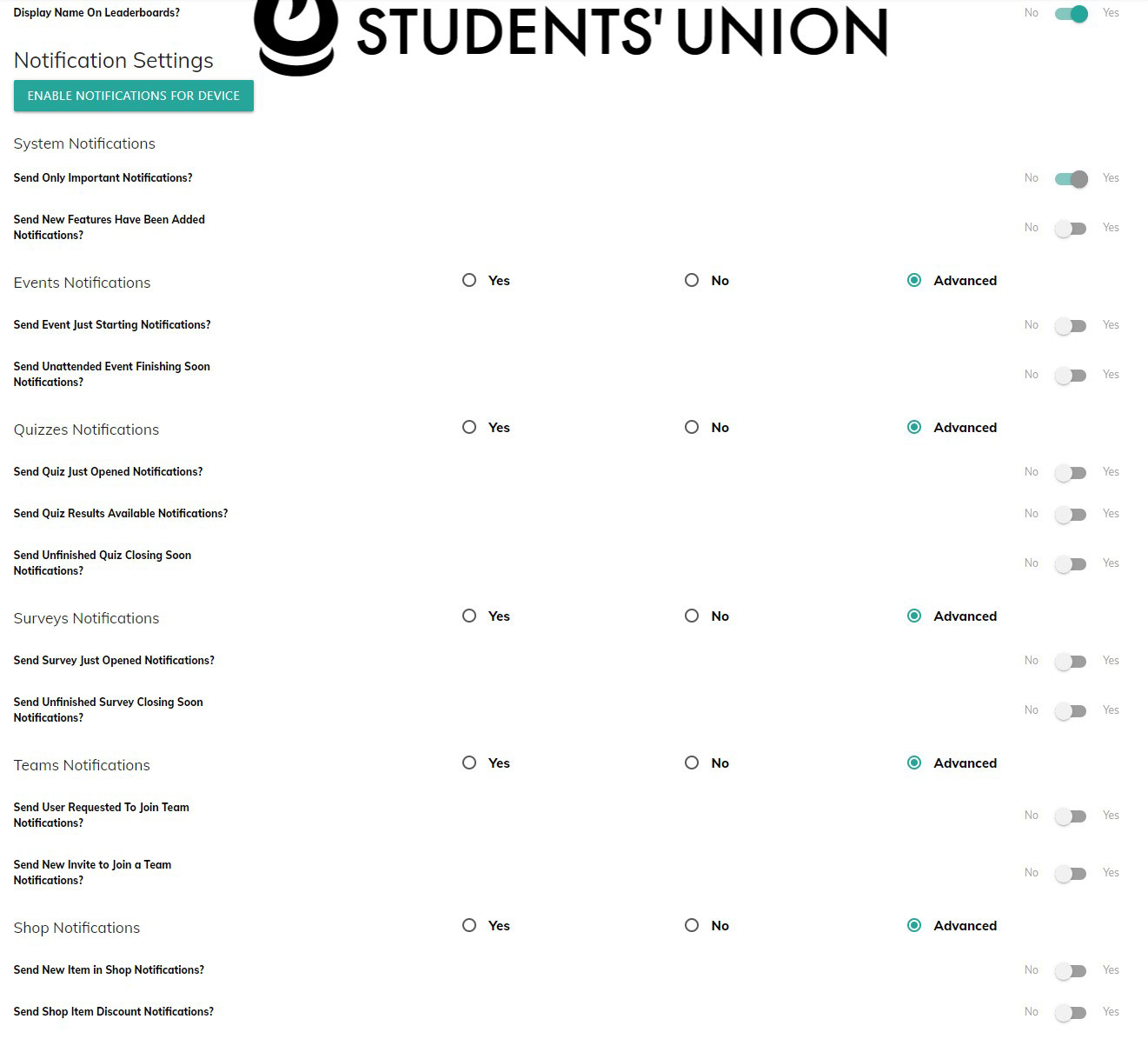 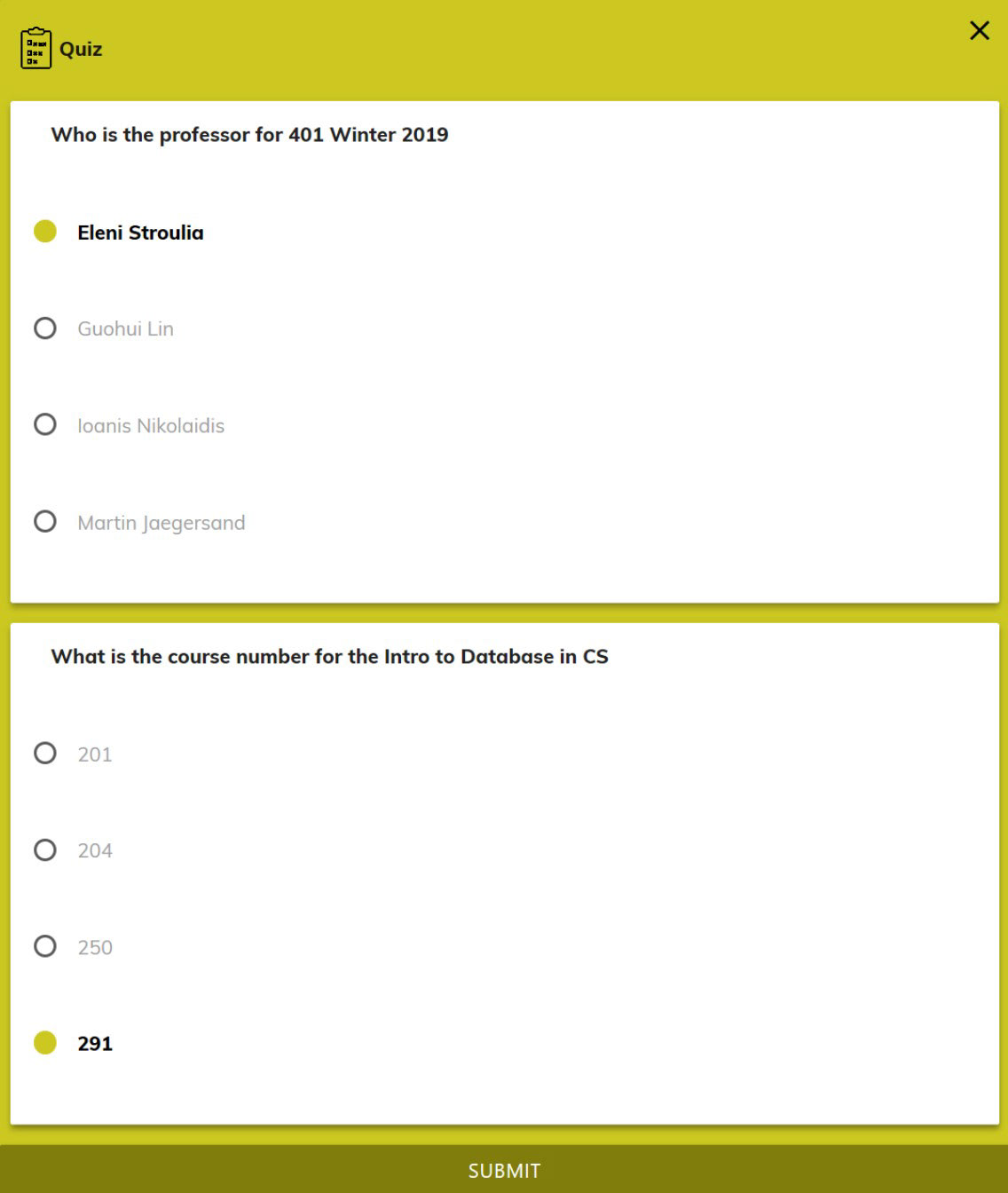 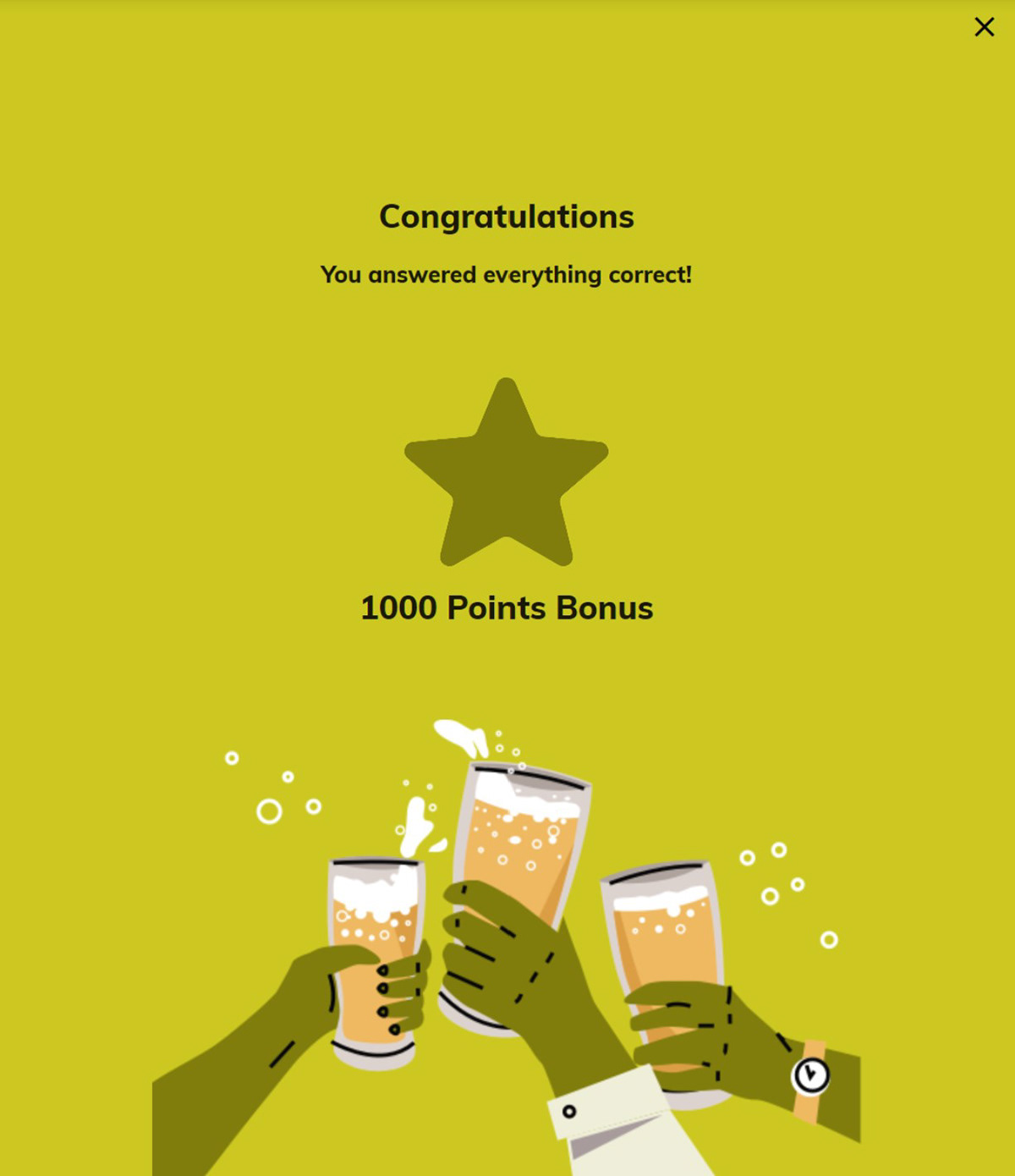 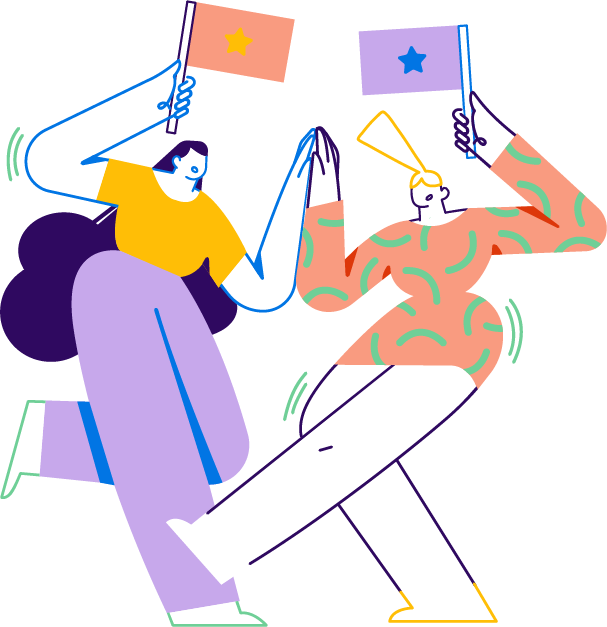 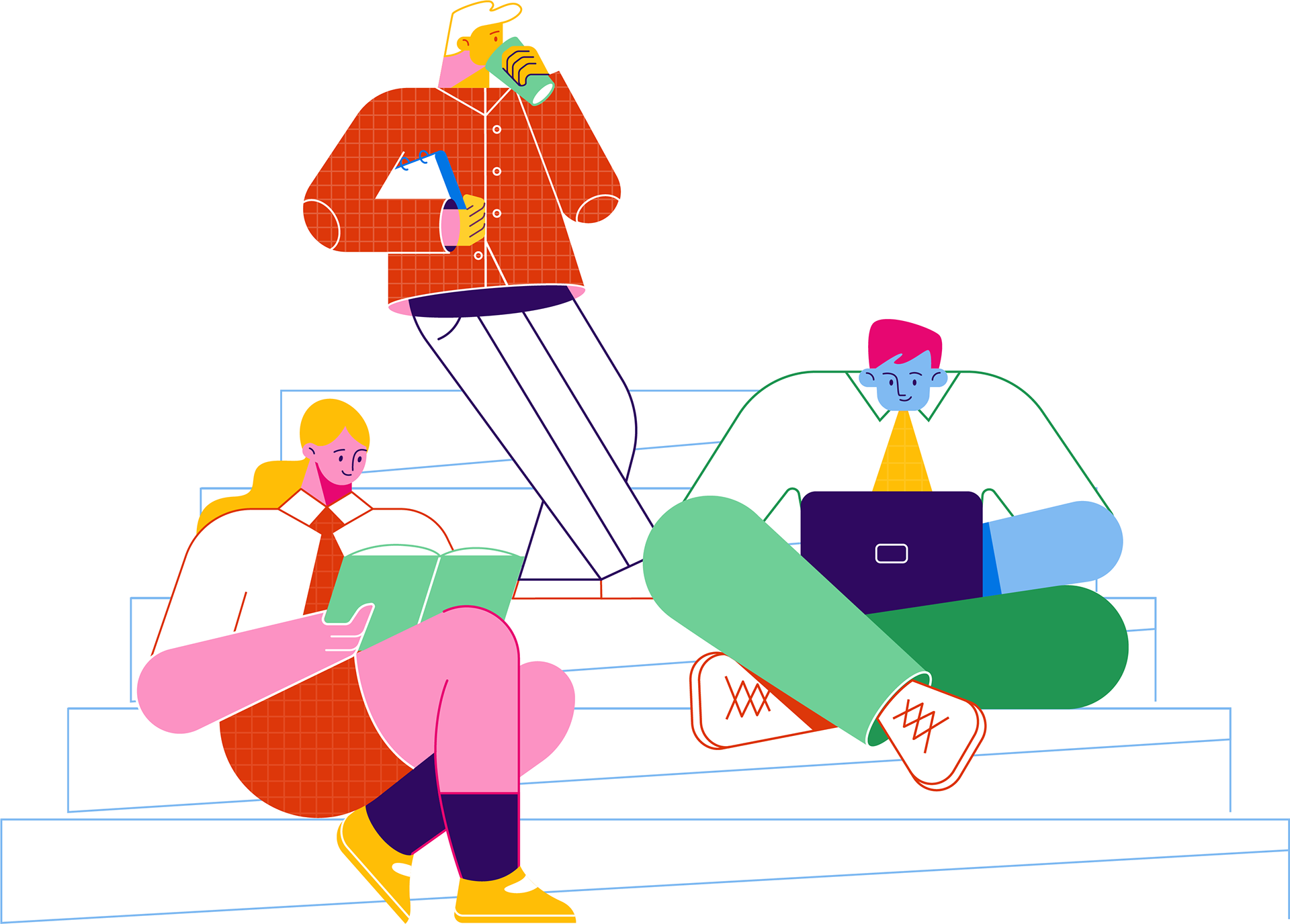 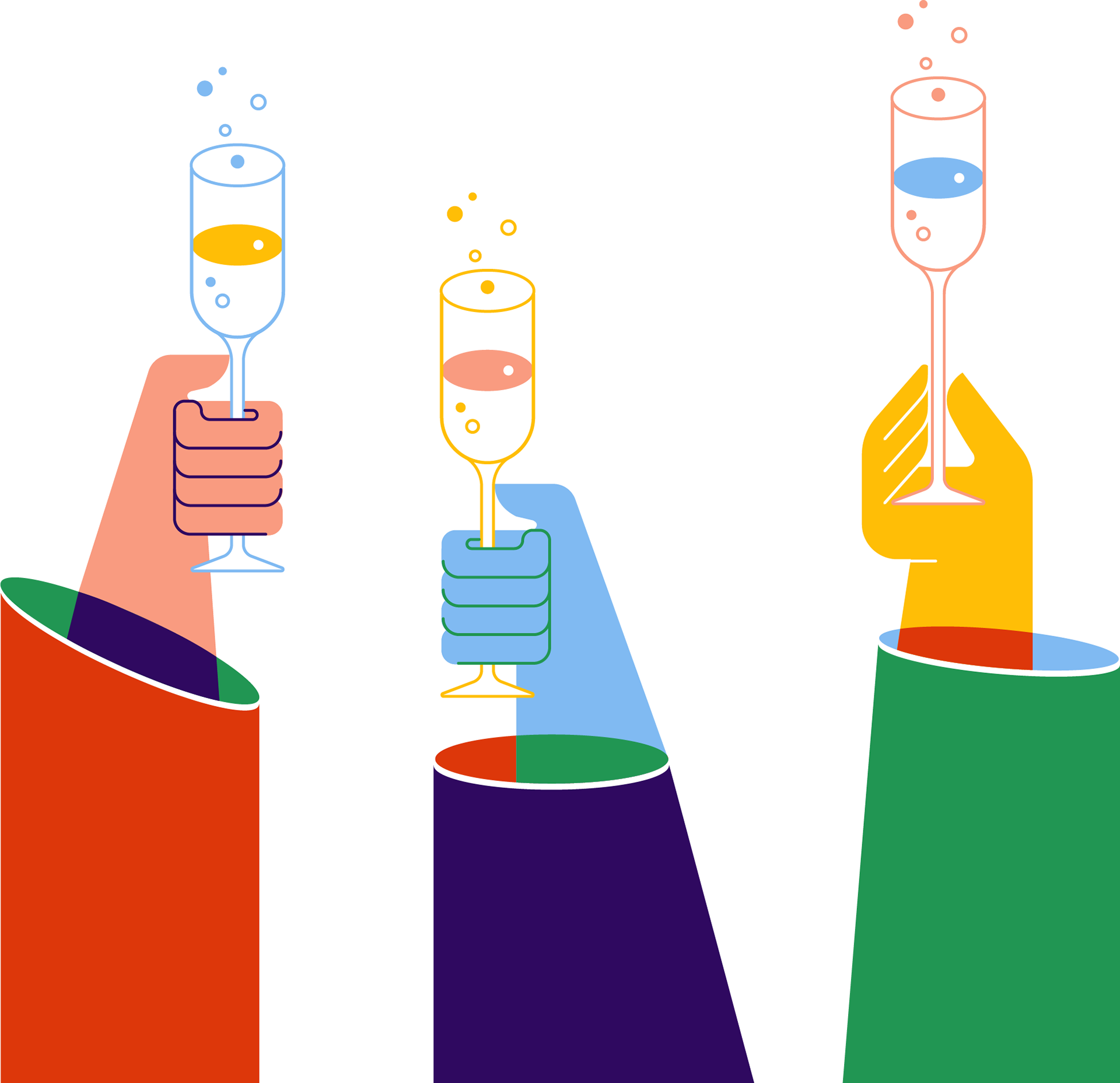 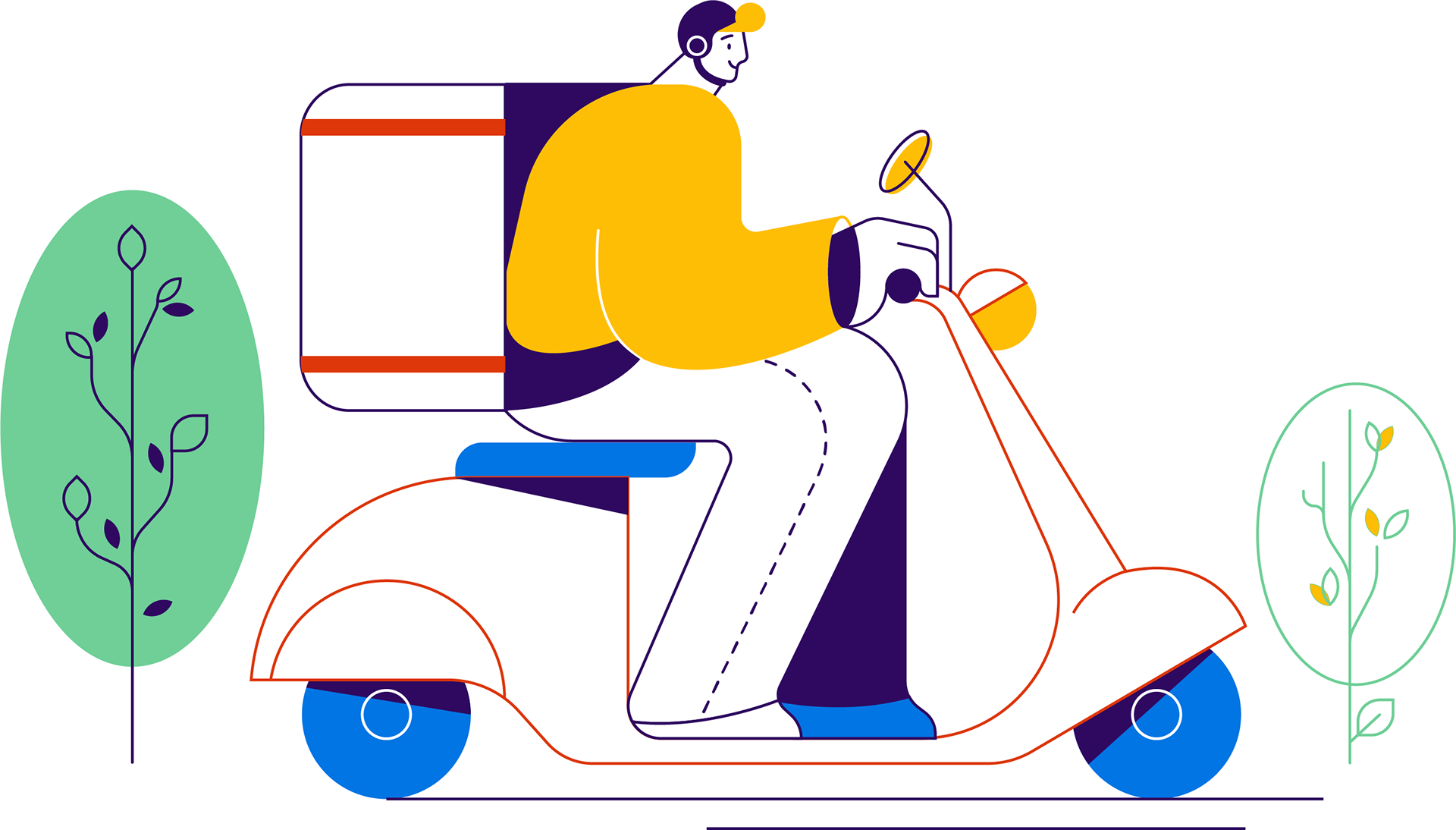 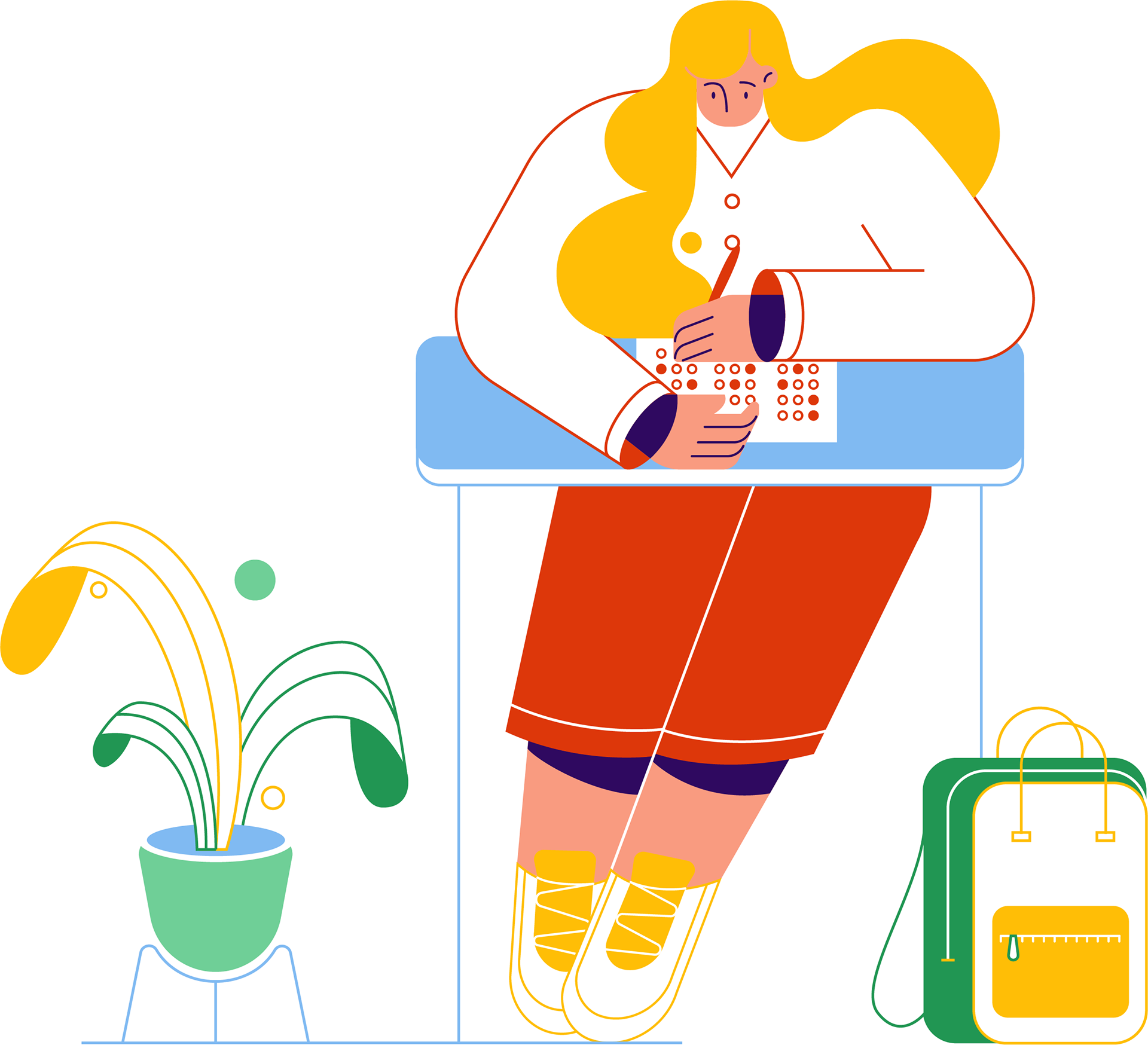 Brand Illustrations
Creating new illustrations was out of scope, so we utilized these beautiful pre-made sets offered by DrawKit and incorporated Perks’ brand colours. 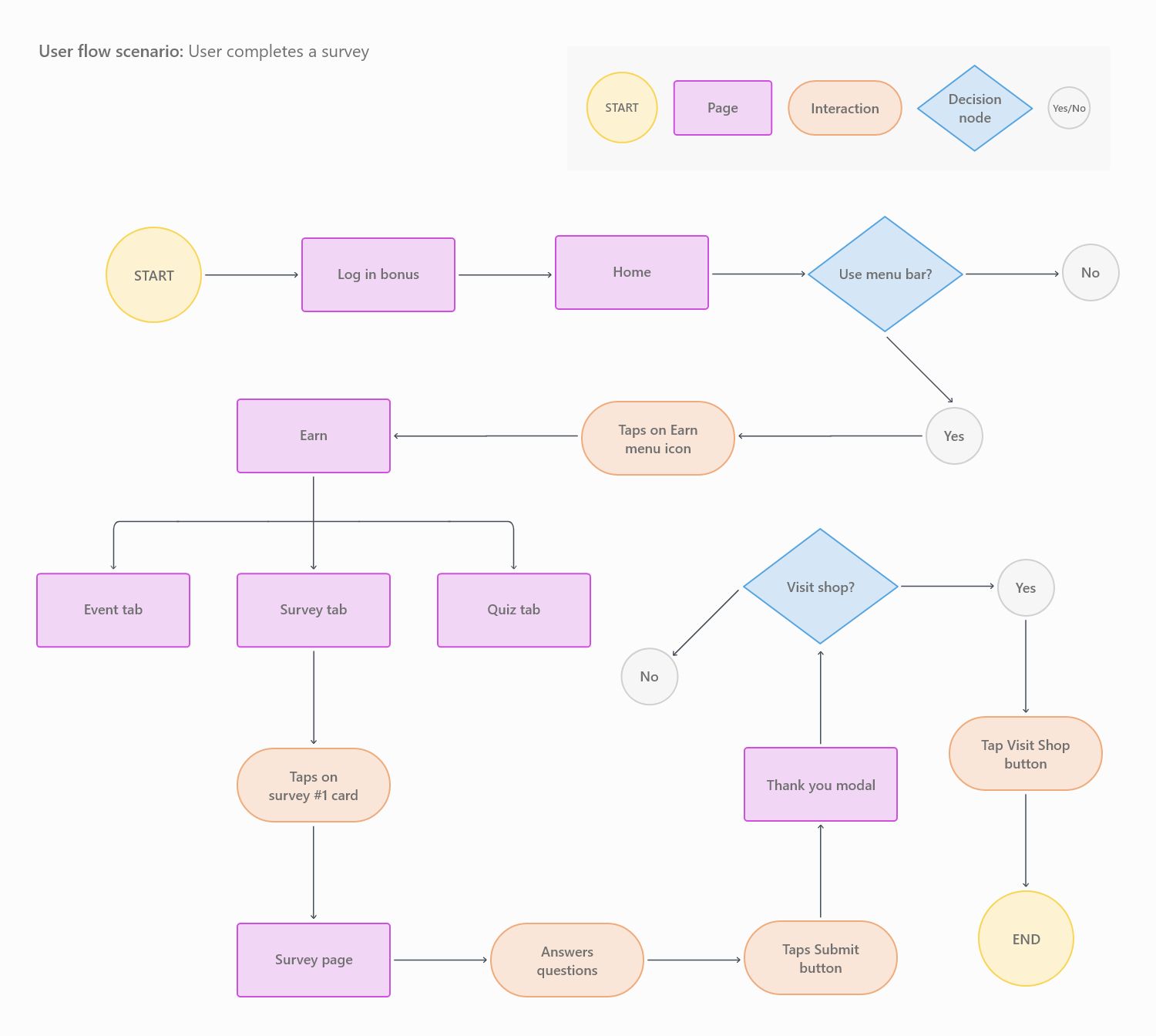 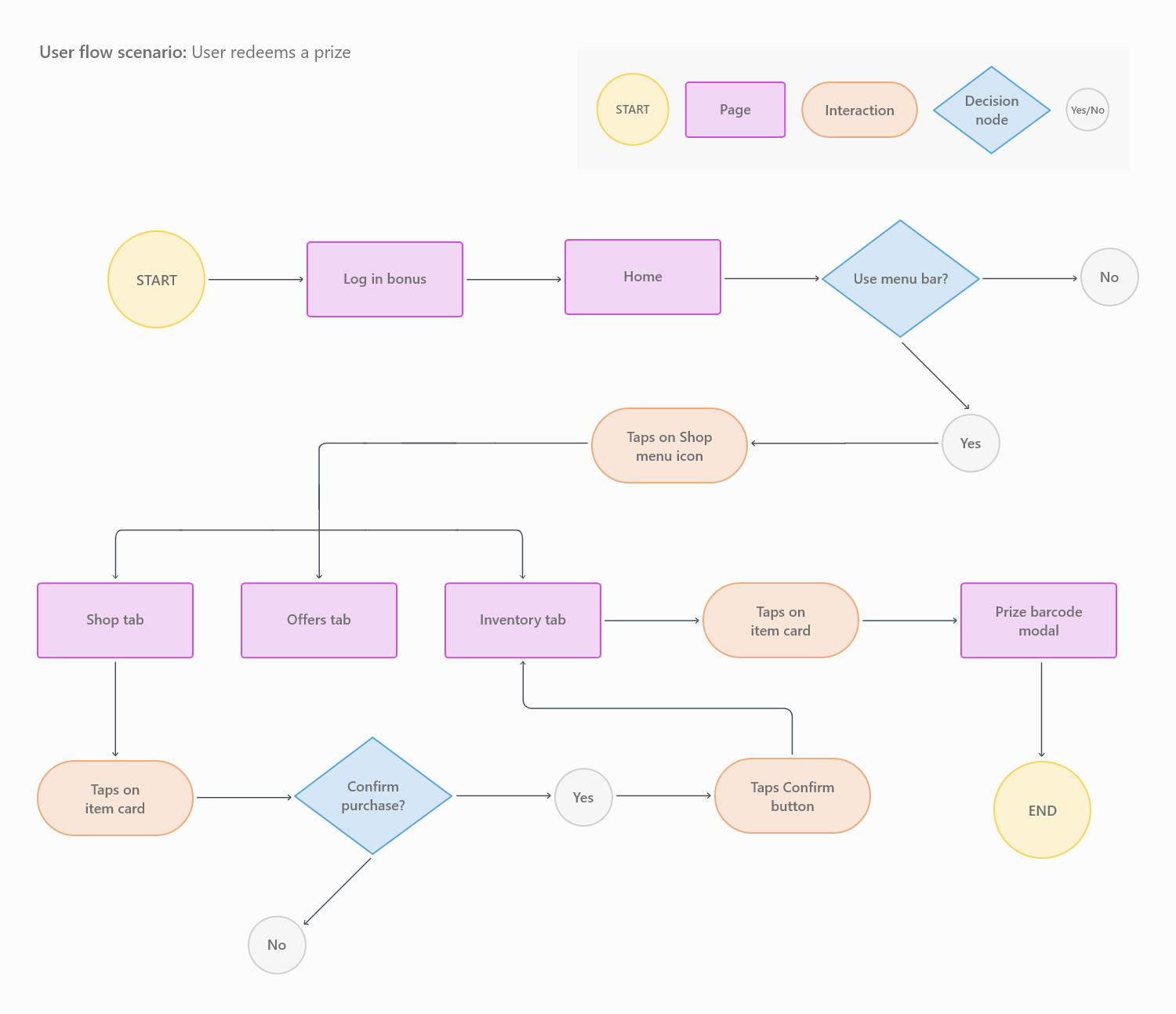 Redeeming points for a prize flow

Reflection
Redesigning the UASU Perks app was an exciting challenge. I'm thankful to the Marketing and Development team at the UASU for tasking me with this project. It was very fulfilling to design an app from infancy all the way to deployment. In retrospect, there are several areas I would improve:​​​​​​​
Design components as a design system: This would ensure consistency, overview of different states and easier developer handoff.
User testing: It was done, but I was out of the loop on what was tested and the results.
Dark mode: Out of scope, but would have been so nice.
iOS and Android: It would have been nice to distinguish and polish these 2 different platform experiences.
↑Back to Top